try to do something for there is nothing but waiting. Little progress but waiting seems so endless...so I try to nurish myself best and be full of patience, waiting for healing.

Now I am knocked out with cancer. It will last a long time, till I will be able to play freely on the piano and sing, I guess.
What I learn is: it's most important to care for me, for my well being. For my happyness. That's a big job to do! And I will take every help I will get!
Currently I am in a hospital, in quarantain, and I try to feed myself with best I can get. Food, love, care...
If you want and have an idea how: help me please!

You may want to contact me for a little exchange. There's also a signal-group you may join, if you like, of some loving friends.

part one:
a story about me, my family, my village, my country, humanity: 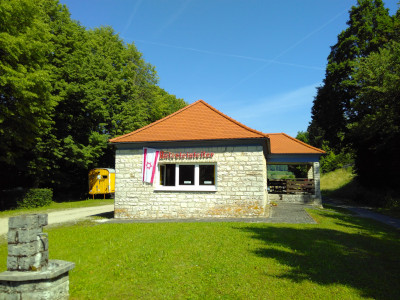 What I thought, when this issue started to pop up today, was: "Is it the right time to face this? I have big pain in my back and my neck, almost unbearable!" My answer had been: "there is not such a thing like 'the right time' for a holocaust." The point is: no one will ever be strong enough to stand this alone. The pain started, around, when I watched a film with my father in his house by accident, some weeks ago. It was the film about a man, having fought on the German site in World War II. He had been a nazi formerly, not a big one, but one of them. He was prisoned in GB and after being released, he stayed and joined a soccer-team. He had been very successful, became famous and after a while, public found out about his past. So he was attacked. As he didn't act racist any longer, a rabbi spoke up for him, and so he could go on with his carreer, and finally became soccer-player of the year in GB. But during one game, he broke his neck. As he was able to, and no one sensed the danger, he went on playing until the end of the game. It was shown, that his past caught up with him in this period.

Few weeks after this, pain stronger than before, a gentle man gave me a massage and suggested to face my "demones", being stored in the body-mind-conciousness. Anyway, I work on this since a couple of years, supported among many others by a beautiful woman called Sakino Mathilde Sternberg, who is doing this for herself since a much longer time already, still helping a lot of people to deal with their lives, especially in Israel.

So, what came to my mind is, that this big pain is, among other things, related to the past of my family, with which I already deal now and then:
My grandfather was a soldier. Almost to say: he was a warrior. He started with being a smal soldier in Word War I, joined a "Freikorps" and paramilitary police between the wars and then was assimilated into the German Wehrmacht. There he made carrer up to Lieutenant General and recived the highest decoration: the iron cross. He was not a nazi. But is this really making things better? Maybe a little...
During the war, he and his family, which had been the family of origin of my father, inhabited a house in an exclusive residental district in Graz in Austria, rent from the state, which was the Third Reich. As I heared someone from the family of my fathers brother say, the former owners of this house had been Jewish. I couldn't verify this yet (if someone can help me finding out, please get in touch with me).
When war had ended, my grandfather was imprisoned for a short while, as he was not spoken guilty for crimes against humanity, and then could join his family, which in the meantime had moved to a rural place in Germany called "Fränkische Schweiz" in Northern Bavaria, near Nuremberg. They had fallen to poverty and lived in a smal space rent from acquaintance. As my father told me, my grandfathers sister worked in Nuremberg in a tax office and like this, she was able to make a connection to the owner of a building company, owning a weekend villa in a little village. The family of my grandfather got the permisson to move to this house and rent it. (As I asked my father about the refugees, who most certain would live there that shortly after the war, he said: "they had moved somewere else". So, actually, I don't know how this worked out, as well.) But there's something I'm sure that should be mentioned: Not far away from this weekend villa, owned by this building company owner, rent to my fathers family of origin out of friendlyness, let's say about 50 or 60 meters sloping downhill, another "weekend villa" is located. The name of the former owner of it is: Julius Streicher, one of the few people who had been punished with death for crimes against humanity during the Nuremberg Trials. What I cannot proof, but is said (and quite likely, regarding all the circumstances): that the company that built this villa for Streicher is the one owned by the man, who rent his house to my grandfather. This is still not necessarily something to blame my grandfather for. Maybe for using old connections from the war. But what really made me angry was facing this (after seeing it since I live): When my grandfather and the building company owner (who finaly came to live in the village as well) both had died, in the late sixties of the last century, a somehow important man, living here too, suggested to construct a special enclosure around their graves lying side by side. It had been realised and this in the (former) upper right corner of the graveyard, symmetrical to the(obligatory) soldiers' monument in the upper left corner.

What does this mean? It means, that, about twenty years after the war had been 'lost', and people had urgently to learn, that they were not only completely wrong in rating the power of Germany, but also that collectively they had made an incredible and irreversible fault against humanity, there was still, a common sence of honoring "important men" from the darkest period of history thinkable! And this cenotaphic enclosure had not been removed until today! Now, my position is this: I am the granddaughter of a man, who had an important position during World War II. I live in this village, were people were not ashamed to honor this man after the end of the war for his nazi supporting job and position. I have the opportunity of being able to rent the little old station-building of the village, presumed being built around the same time as the villa of Julius Streicher, same stiled, also located about 60 Meters from that above-named building. I am a freelance artist, this is my studio. I work online on traumatic issues with an international group, initiated by Sakino Mathilde Sternberg, some Israelis among us. My friend sent me a pink Israelian flag. This flag is giving me the feeling of some friends came to protect me, working here in the night. And it is a sign I want to send during daytimes, saying that we FINALLY have to take RESPONSIBILITY for what our ancestors FUCKING DID! In German language "to take responsibility" is also called literally: "to stand straightly for something". Even if your neck is broken.